I don’t get our criminal justice system. When I say our, I mean the world’s criminal system. The whole entire world.

Cassie Sainsbury is looking at 30 years behind bars. She is 22 years old, and has not been criminally convicted or had a courtroom appearance in all her life (up until now, obviously) 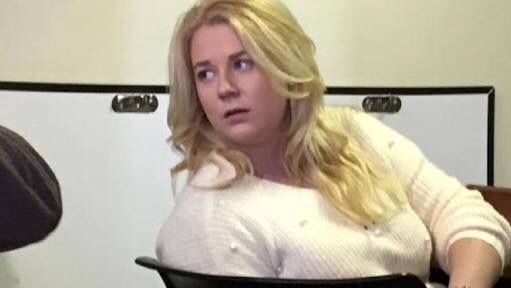 I’ve just spent all day in a courtroom with four youths, who had between them had about 40 separate court appearances for 40 different incidents, and who have now been charged with a huge youth detention centre riot that resulted in a man losing an eye and hours of violent attacks and threats to staff at the facility.

Additionally, among the other prior charges are sexual assault, carjacking, and property damage.

I actually saw the footage of the carjacking. A young girl stops for petrol, comes back into the car and the four boys just jump in, push her out and take off.

What a horrendous thing for anyone to encounter, yet alone an innocent teenager.

I mean, it would still be horrible if it was a 50 year old bikie, or my ex boyfriend (not as horrible, but still, not nice.)

This young victim is going to be traumatised from this stupid act for years and in so many ways.

More to the point, Cassie Sainsbury had no intention and did not attempt to harm anyone, physically or emotionally. She wanted money. That’s it, pure and simple.

These youths, had the intent to harm another person, for no reason whatsoever, and for not even any real personal gain.

Even if there was gain, it wouldn’t be ok. You can’t just push someone over because you want something they have (unless it’s your little sister and your nine years old and you warned her about eating all the red skittles).

Yet it’s these people that keep getting second chances, and Cassie is the one who is facing 30 years behind bars.

Cassie is the one that the world thinks should be kept from the public, as opposed to the 17 year old man who sexually assaulted someone, stole a car and threw a rock at a man’s face.

Because I’m telling you now, I was there and this man only got sentenced to 2 and a half years, with the judge also mentioning of that, there would only be half served.

If he didn’t learn after his first court appearance, he’s never going to learn.
Whereas freed or not, I have a feeling Cassie will never try to smuggle drugs again.

Unless someone threatens her family perhaps.

But to sum up…I would feel a hell of a lot better knowing the regular court appearing car jacker, eye stealing, sex assailant was locked up, over the girl who made one mistake because she had ambition to make a few extra bucks.