So I’ve been dating.

I’m not cut out for this. I just cannot deal with letting people down if I don’t want to see them again.

Just to clarify, I don’t think that I’m so amazing that every date I have wants to marry me.

I’m just really bad at conflict. It’s just never been my thing. I don’t know how to break things off. I do know however, what I’m looking for in a partner (besides Zac Efron) and I am determined to search until I’ve found it.

Ideally, Tinder should have an option, after meeting where you can go in and select if you want to continue the relationship. That would make my life a lot easier then these texts I’ve been sending out:

‘It was really nice meeting you but I actually like women.

‘It was really nice meeting you but I just discovered I’m pregnant from a former partner and we are getting back together.

‘It was really nice meeting you but I’ve decided to remain single for now as I like that all the photos in my house are of just me.

‘It was really nice meeting you but I don’t want to share my wine.’ (Ok…this one is actually true)

These excuses are getting worse and worse, so I had another thought. Why not make him let me down?

So next time, I might just drop in a convo that I’m a scientologist.

“Oh yea, Ron L Hubbard is my hero. I have a whole room dedicated as a shrine to him and I sit there every night for 16 minutes while maintaining eye contact with a portrait of him and his chickens.

‘Oh and I’m waiting to have sex until marriage.

And if that doesn’t work… well there’s always my disney soft toy collection that I can start scrolling though photos of, as if they were my children.

“This ones Flounder. He looks like he should live in a tank, but I let him sleep on my bed.” 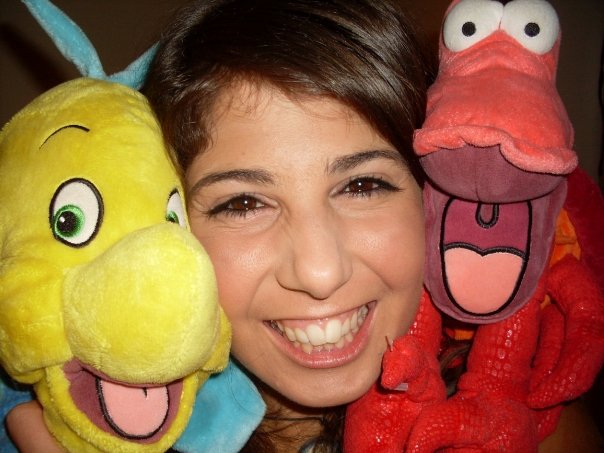 Wouldn’t be surprised if I get a text the next day from them.

‘It was nice meeting you but I’ve just been contacted my my ex who found out she is pregnant.’

To be honest… I’m that clucky that my response would be:

‘Are keeping it? Because I’ll take it. Promise I can raise it as a catholic. And there is also an extensive soft toy collection guarantee.’

Victorian police have confirmed that Cardinal George Pell has been accused of multiple charges relating to historical sexual abuse allegations.

He is like the third most senior catholic at the Vatican and the announcement has shocked the entire Catholic Church in Australia and Rome.

I mean if precedent applies here.

So… theres this crazy as man in Sydney thats gone and literally surgically implanted a metro card into his wrist so that he can just scan his arm on the ticket gate when he gets the train.

Because it’s such a damn nuisance to have to reach into your back pocket and grab it out?

Well..I guess you then have to put it back into your pocket too.

I just don’t understand why anyone would do this?

Maybe he should get a car. But I feel like in that scenario he would surgically augment his pinky to resemble that of an exact key cut for his driver door.

I also wonder, when that ticket police man gets on the train to check tickets… this guy would have to explain he didn’t physically have one because he had implanted it into his wrist.

There’s an excuse for all the fare evaders out there……

This morning they have referred to Camilla Parker as a home wrecker.

Are you kidding? Pretty sure Charles was the one that was married with two kids and was interested in someone else. 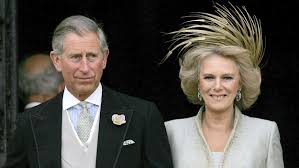 Camilla is only human. (Questionable in this image. One of her parents may have been an echidna.)

I don’t get though, that Charles apparently always loved Camilla, yet the Queen disapproved. So he was frightened to disappoint her and married Diana.

Yet he was not too frightened to destroy his marriage and his family in his pursuit of Camilla.

Maybe it’s the whole Queen thing too. I mean, most men are easily persuaded by their mothers into pretty much anything. Imagine if your mother also happened to rule the world. You would probably listen to her I guess.

I think Camilla is pretty damn brave to persist in her pursuit of her first love. And blind if she finds the big ears and bald thing attractive.

Just burnt my fingers. I pretty much dipped them in boiling water. Idiot.

So I’ve been blogging for almost two years now and people are always asking me how to access this ‘blog’ I have been working on.

And today.. I am launching my blog to all my friends.

I’ve held off previously because thing is, I tend to blog about people I know. And I’m not subtle about it.

I don’t use names, but if I’m talking about someone at work who wore an extremely inappropriate and almost pubic hair revealing skirt in the office then there is a good chance that the culprit (or hooker perhaps…) will work out that I am talking about them.

Unless there was more then one ridiculously short skirt being work at the office. Which I guess could be likely maybe if there was a promotion up for grabs.

After all, I do have a male boss…

But anyway..more to the point I think that now is the time to emphasis that this blog is both fictional and non-fictional. I will always exaggerate the truth and expand on small incidents because this blog is designed to make you laugh.

Although I have an opinion, it does not mean that I don’t love and appreciate everyone that surrounds me.

I think it’s funny when people bitch and moan about how they watched a movie that was really dull and are upset that it wasted their time.

Regardless of whether the movie was entertaining or not I don’t know that there could have been much more productivity established in those two hours.

I mean, you could have scrolled through Facebook or Insta and learnt that your grade six teacher has remarried, or that you can make a pizza base with cauliflower.

But both of these things would not have made the two hours much more productive. Because your year six teachers marital status is of no relevance to any future plans you might have. And the cauliflower pizza base defeats the purpose of having pizza.

Next time, I think what you wanna do is not sit down and watch a movie because there are always more productive things to be doing.

Don’t get me wrong. I love watching movies. But I’m not going to complain that a bad one has wasted two hours of my life when the alternative, had it been a good movie would have had the same result with the addition of a few gasps, bouts of laughter and maybe a tear or two.

How much more productive is that?

When you sit down to watch a movie, the whole point is that you are doing nothing.

It’s like having coffee and complaining that you are suddenly so awake. Thats what caffeine does.

Do people on Tinder know that they are not the only ones?

Like..when they have comments that say “If you wanna know, just ask”

Ok but if you want a date, maybe tell me.

Just a simple ‘I have a job and like dogs’ will do.

After all, beggars can’t be choosers.

But don’t people realise that there is a lot to choose from and that if anyone ‘wants to know’, they will only swipe right if they come across someone that tells them.

Women already have to do everything. Why should we have to ask too.

“6”6 and love the beach, dogs and cider” Right. That’s all I need right there.

The Spartan Challenge has come to Townsville.

A huge track and course designed to test anyone physically and mentally over 7km, 21km or 42km (if you are actually Spartan) with all the obstacles that come in the forms of ropes, trees, walls and barbed wire.

Gets me thinking, all these things people do to keep fit these days.

Was someone not getting any results from running and pushups??

And the face painting, now that’s just childish. How is that going to give you energy or a six pack?